Best of 2016: Hottest Celebrities Who Tied The Knot This Year!

While some of them had lavish ceremonies, some of them got hitched in intimate affair but all of them had a common factor - celebrities, celebrities and celebrities! The year 2016 kicked off (and is about to end!) with a bang as turn by turn every celebrity revealed their wedding news right from B-town superstars to small screen celebs, we saw all of them embarking on a new married life! Here are some of our favourite stars who got married in 2016: 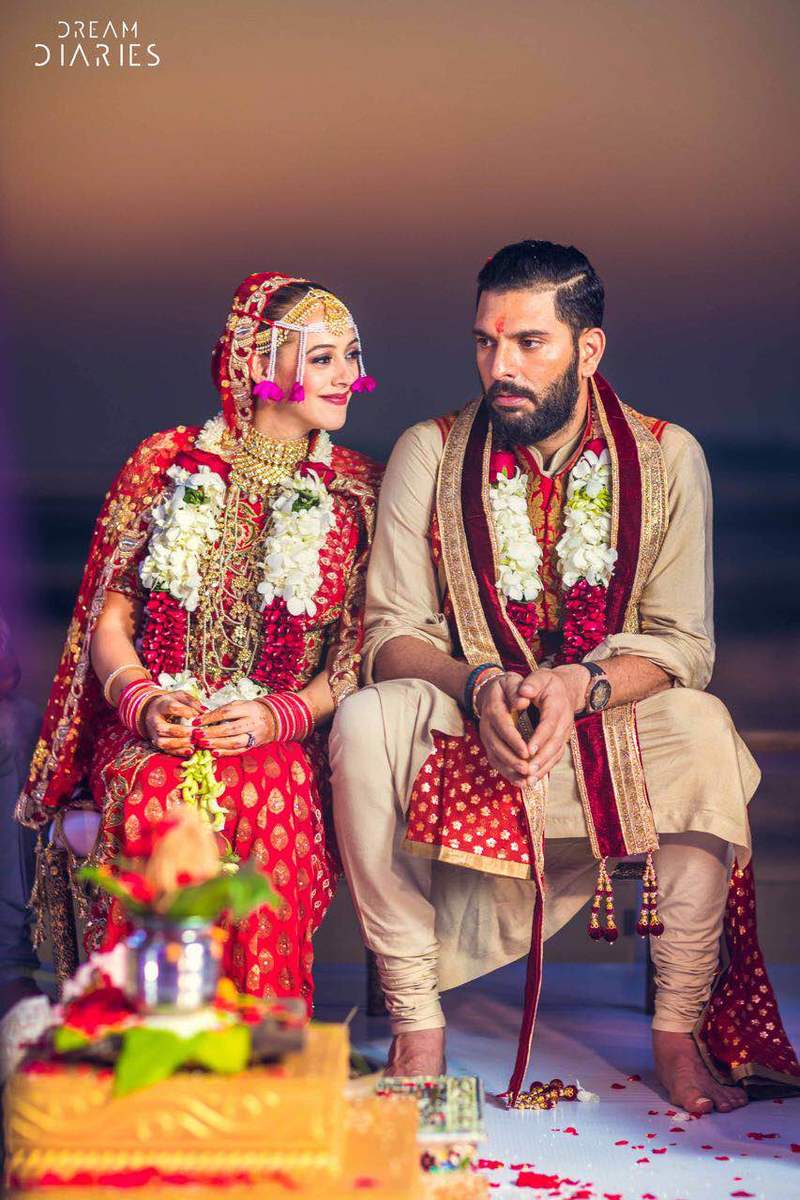 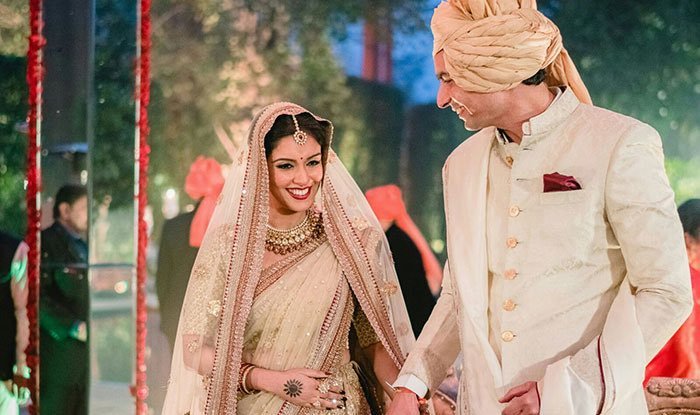 Asin Thottumkal & Rahul Sharma
Wedding bells rang in early 2016 for the South Indian actress, Asin Thottumkal, who rose to fame after her role in the super hit movie Ghajini. She tied the knot with the CEO of Micromax, Rahul Sharma and their wedding was nothing short of a fairytale wedding! The duo had a church wedding which was followed by a Hindu wedding. And rumor has it that, Akshay Kumar was the best man of the wedding as he played cupid for the couple! ;) 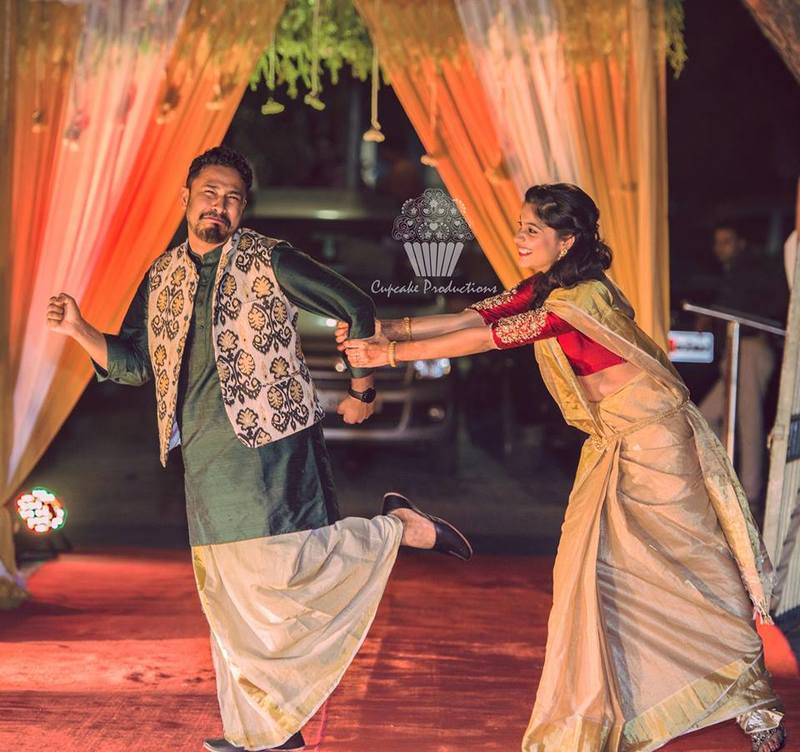 Abish Mathew & Archana Kavi
The comedy star, Abish Mathew, who is frequently seen on AIB shows married his childhood buddy Archana Kavi who is a Malayalam actress. The couple had an intimate South Indian wedding ceremony in early 2016 and their parents were the ones who played the matchmaker! 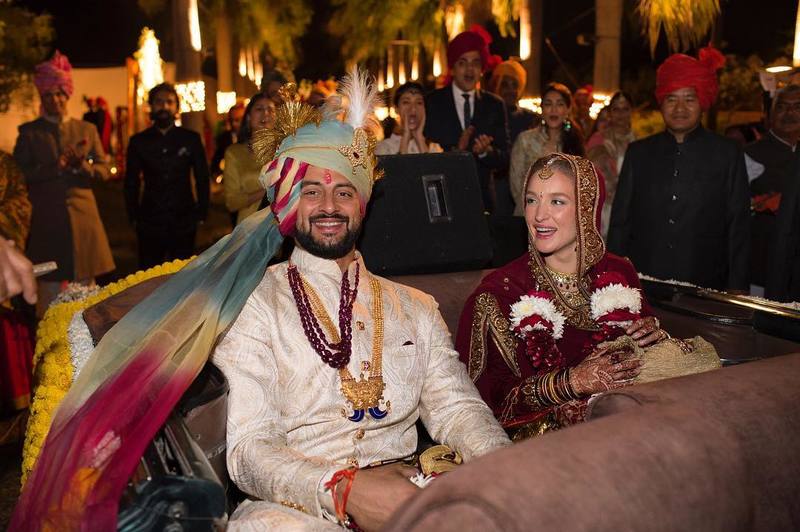 Arunoday Singh & Lee Elton
How can we forget this hottie from the movie Aisha in 2010 and Main Tera Hero in 2014 where he plays the role of a cop? Oh boy, his six (or eight?) pack abs! Arunoday Singh recently got married at his residence in Bhopal to his Canadian girlfriend whom he met two and a half years ago in Goa. This couple's three-day wedding celebrations were called "A Day Lee Affair"! 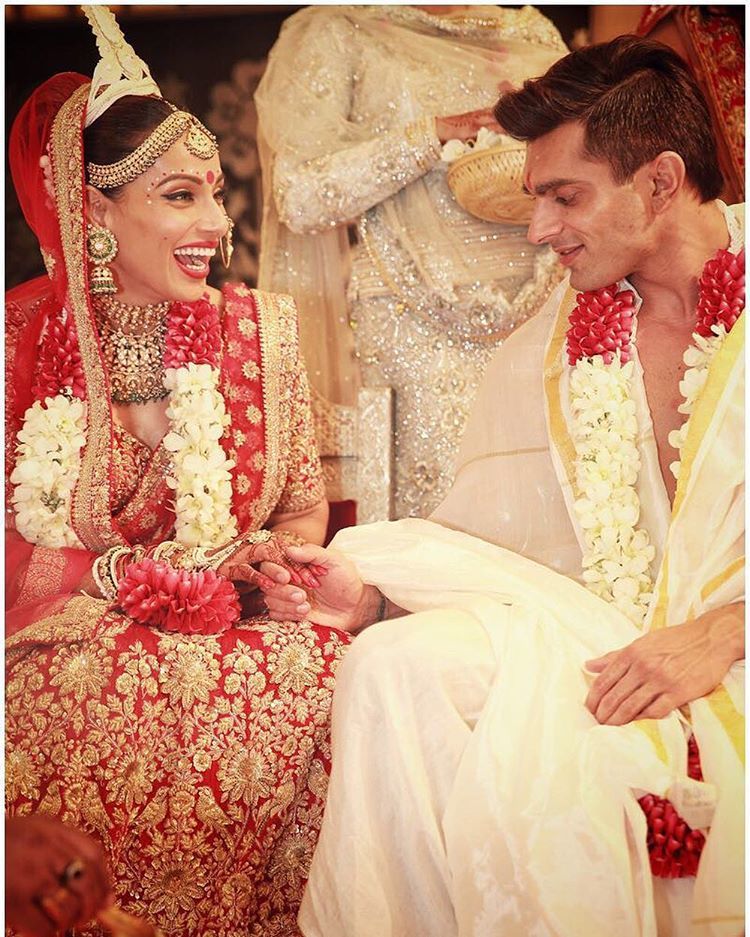 Bipashu Basu & Karan Singh Grover
The monkey couple finally decided to settle down after their long term relationship. The Bong bride, Bipashu Basu and the Punjabi hunk Karan Singh Grover got married according to Bengali rituals in Mumbai and threw a grand reception party that witnessed the who's who of Bollywood. 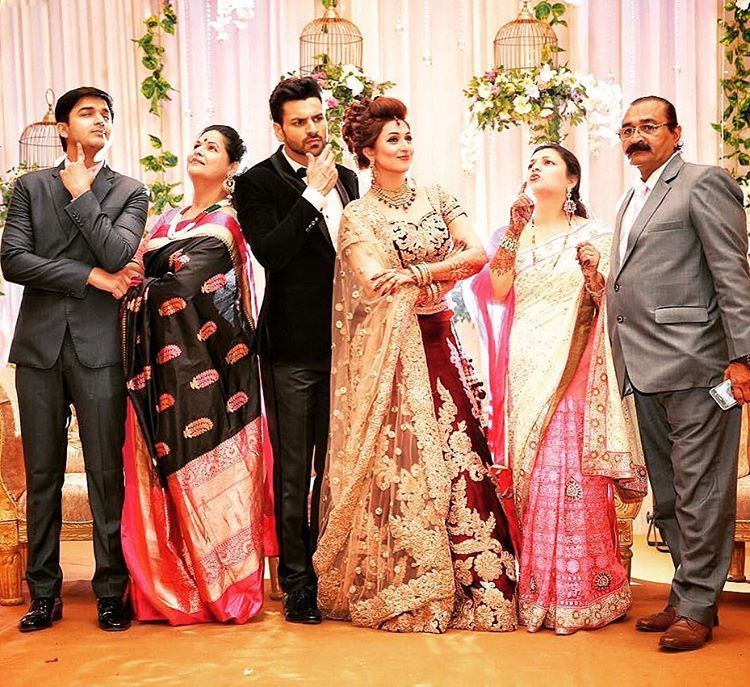 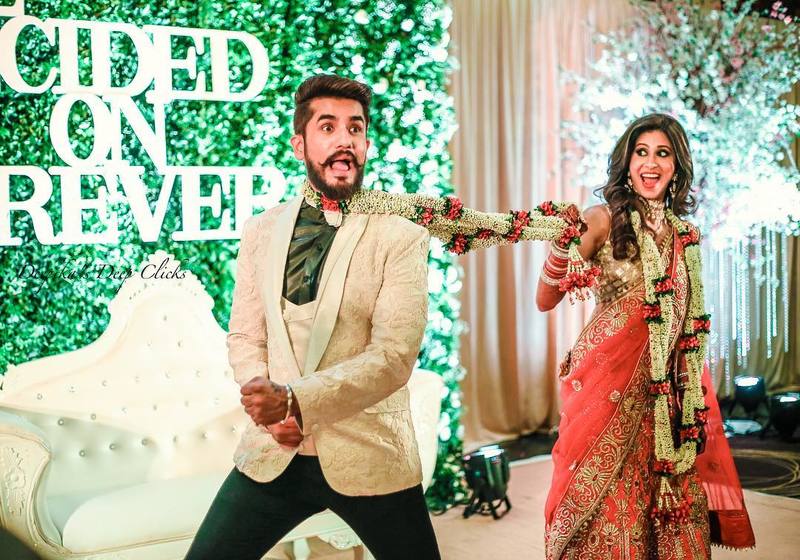 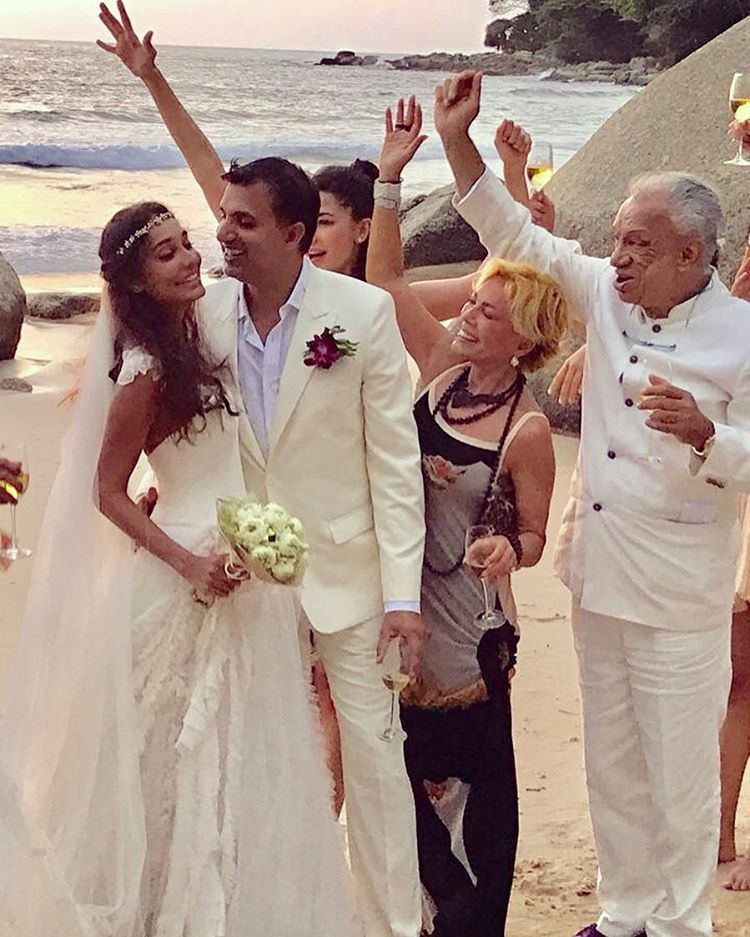 Lisa Haydon & Dino Lalvani
Lisa Haydon, who is still riding high on the super success of her film, Queen, recently got hitched to Dino Lalvani, who is the son of a Pakistan-born British entrepreneur Gullu Lalvani, in October 2016. The intimate beach Christian wedding at was attended by close relatives and friends. The two tied the knot after dating for a year. 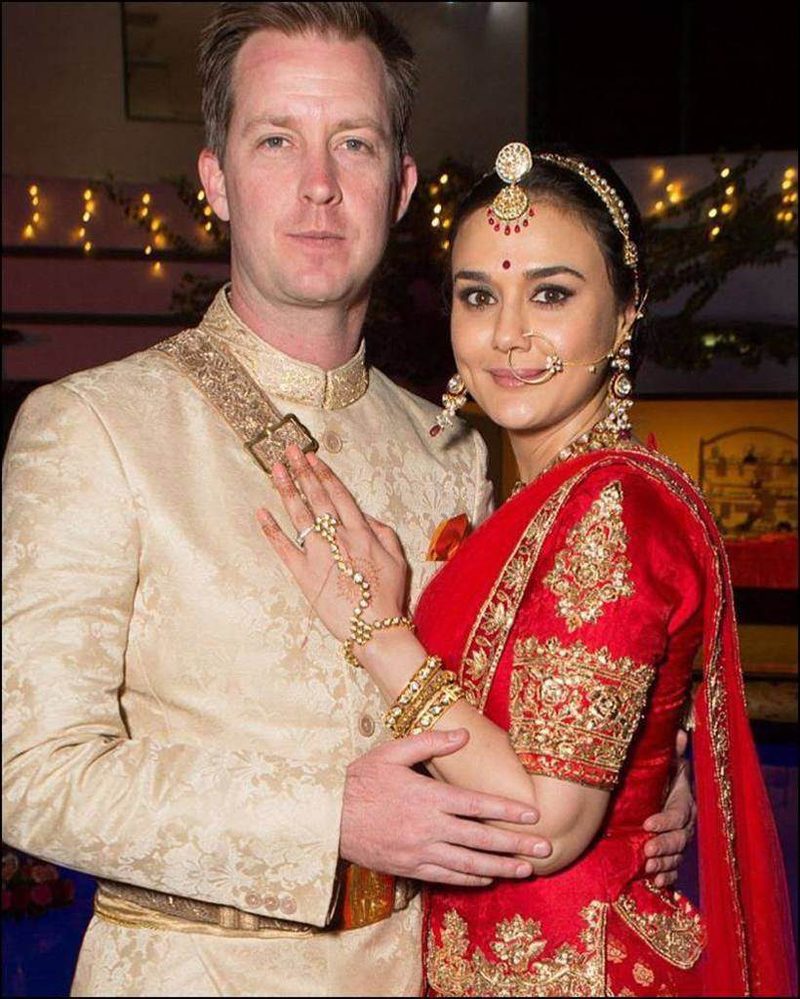 Preity Zinta & Gene Goodenough
The Bollywood dimple diva, Preity Zinta got married to her long term US-based boyfriend Gene Goodenough who is a financial analyst in a low key wedding ceremony in Los Angeles. Their wedding and the courtship period of 18 months was quite a surprise for all her fans! 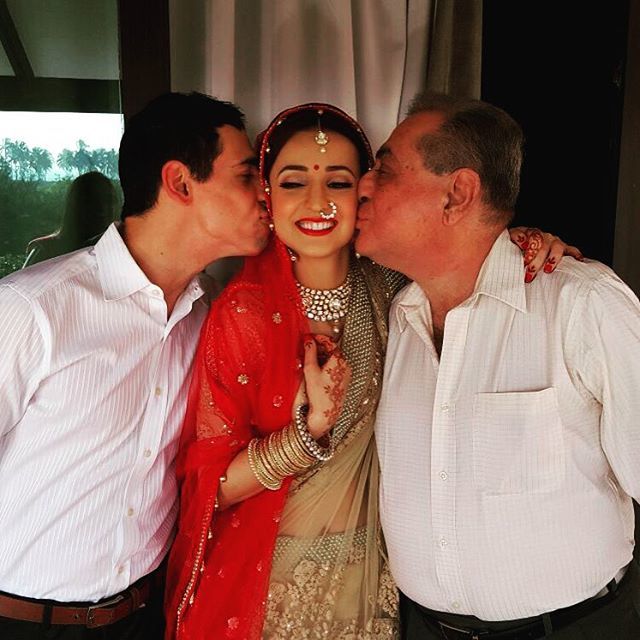 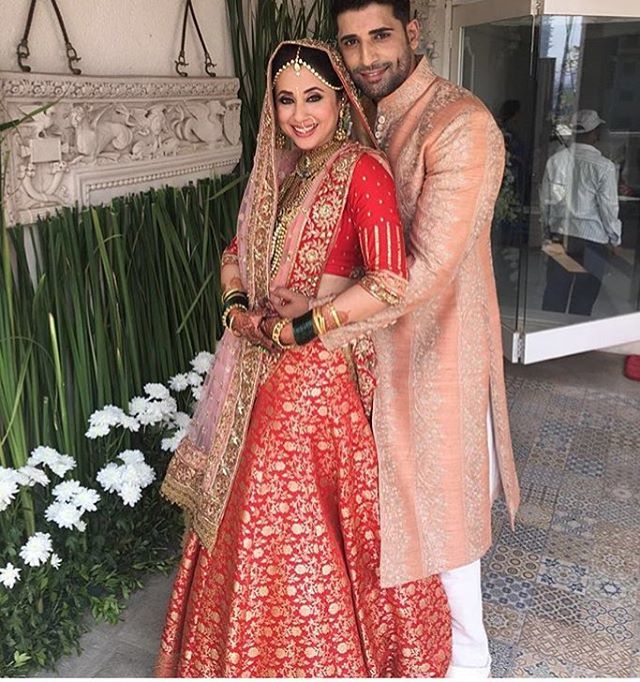 Urmila Matondkar & Mir Mohsin Aktar
Urmila dated Mohsin who is a businessman from Kashmir for 4 years before they decided to settle down. The two had an extravagant wedding ceremony that took place at Urmila's home in Bandra.

Who is the CUTESTTTT celeb couple according to you? Tell us in the comments below!